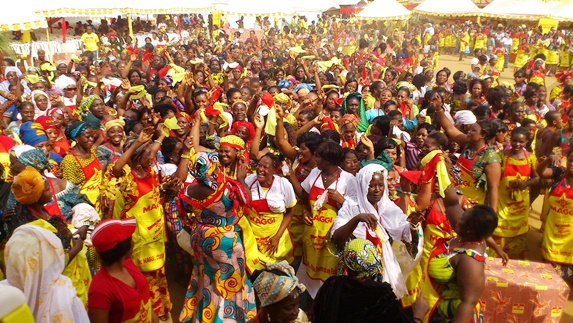 Two thousand nine hundred Maggi Mammies across Ghana have received training on the importance of nutrition and entrepreneurship. These Mammies are the retailers in the open markets selling bouillons and other spices, mostly on table tops. The Mammies were also educated on the proper use of Maggi products to enable them pass on the information to consumers. The workshops were organized as part of the brand’s annual engagement programme with its traders.

About 15,000 of mammies are part of the success of the brand in Ghana. They earn an income by selling Maggi products in over 200 markets across the country. The Mammies were introduced to entrepreneurial skills to help increase their livelihood and support their families.
Maggi has been a popular bouillon and seasonings brand in Ghana for more than fifty years. It owes

its success to the fact that it builds on existing local culinary tastes and contributes to good nutrition among the Ghanaian population.

Maggi, with its flavours of shrimp, chicken and onion already contain iodised salt. Maggi shrimp is also fortified with iron in order to address micronutrient deficiencies. Iron deficiency, which causes anemia, is very common in Ghana, in particular among children and women of child-bearing age. According to the WHO, one billion people of the world’s population suffer from iron deficiency anemia.

Mammies were also told that Maggi bouillons enhance taste with a precise and limited amount of salt – and that there is no need to add anymore salt during or after cooking. The use of two tablets or five cubes in a dish for six people is recommended. This is the equivalent to 1.8g of salt per person, or 30% of the recommended daily intake.
The fortification of affordable, nutritious foods and beverages is part of Nestlé’s commitment to helping address micronutrient deficiencies. More than 52 billion individual servings of iodine or iron fortified Maggi bouillons consumed in the region 2014.
Article Type
News