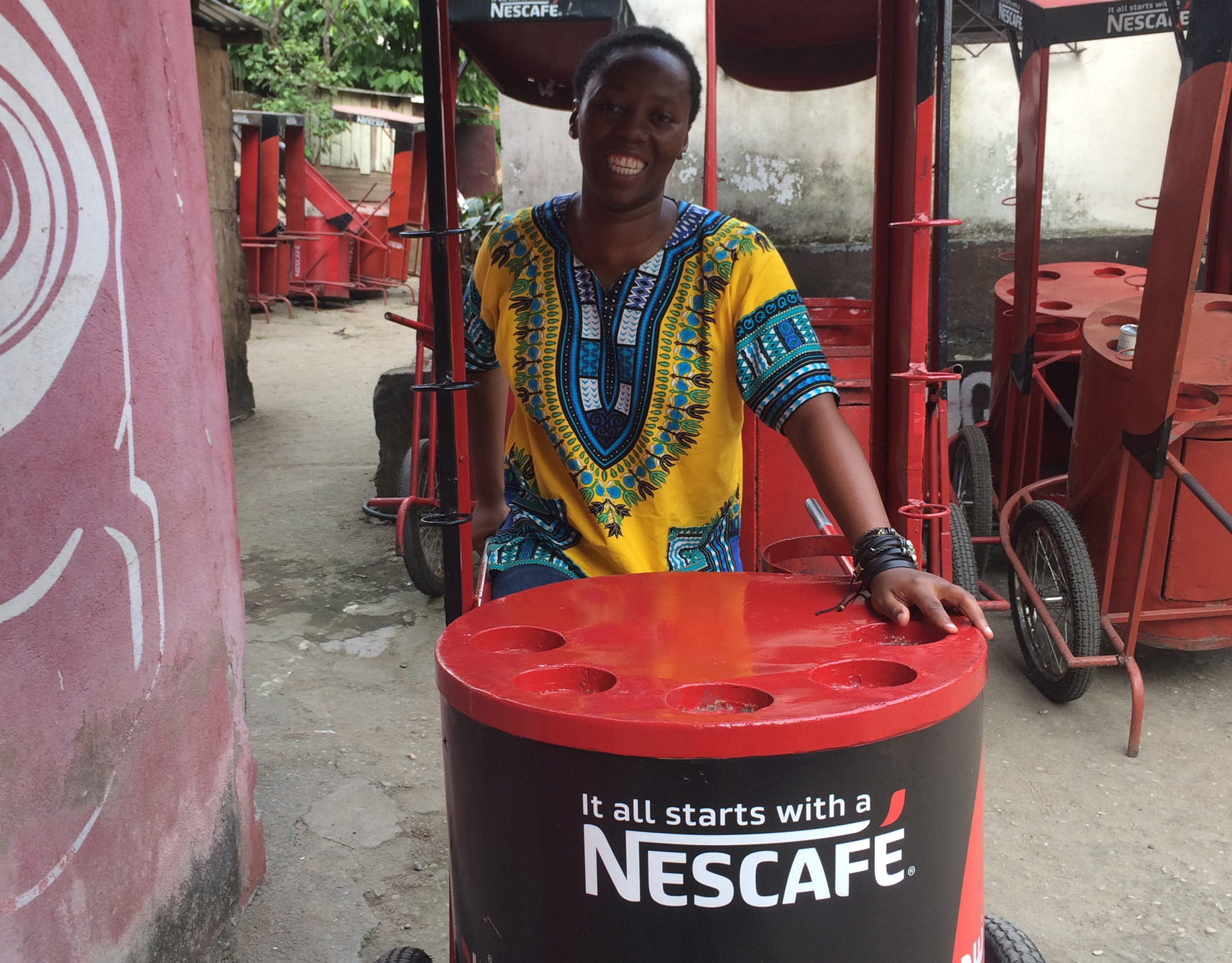 According to the United Nations' Global Youth Unemployment report, 11.3% of young people living in Sub-Saharan Africa were unemployed in 2016 and this is expected to increase to 11.6% in 2017.

Through the My Own Business (MYOWBU) initiative which was launched in 2012, Nestlé in Central and West Africa is giving more than 4, 500 young people the opportunity to start their own micro-enterprises, and employ and manage street vendors.

The initiative, led by the company’s out-of-home business Nestlé Professional, is helping to provide many young people in Africa with an opportunity to benefit from career and financial independence.

Chrytèle Esso, a single woman from Cameroon is one of the many MYOWBU micro-enterprise owners working in the region, of whom more than 850 are women.

She left school to work as an unpaid social worker hoping to make a difference in her community. In 2013, she decided to start up her own small coffee shop in Bessengué and some months later joined the MYOWBY scheme.

Today, Chrystèle owns a thriving business of 35 pushcart and MYWOBU kit vendors which turns over a revenue of almost $1,000 per month. Thanks to the initiative, the operators who also sell an average of 60 cups of coffee a day, take home an income of $130 per month.

The MYOWBU initiative has really helped me become disciplined and mature in how I run my business. I am aware that my operators depend on their jobs to take care of their families. I am also a happier person because I enjoy what I do. Chrytèle Esso, MYOWBU operator

Last year during the 7th Annual Global Creating Shared Value Forum which brought together 300 leaders from businesses, civil society and governments from Africa and beyond, Nestlé committed to prepare more than 30,000 young people in Africa for employment by the end of 2018.