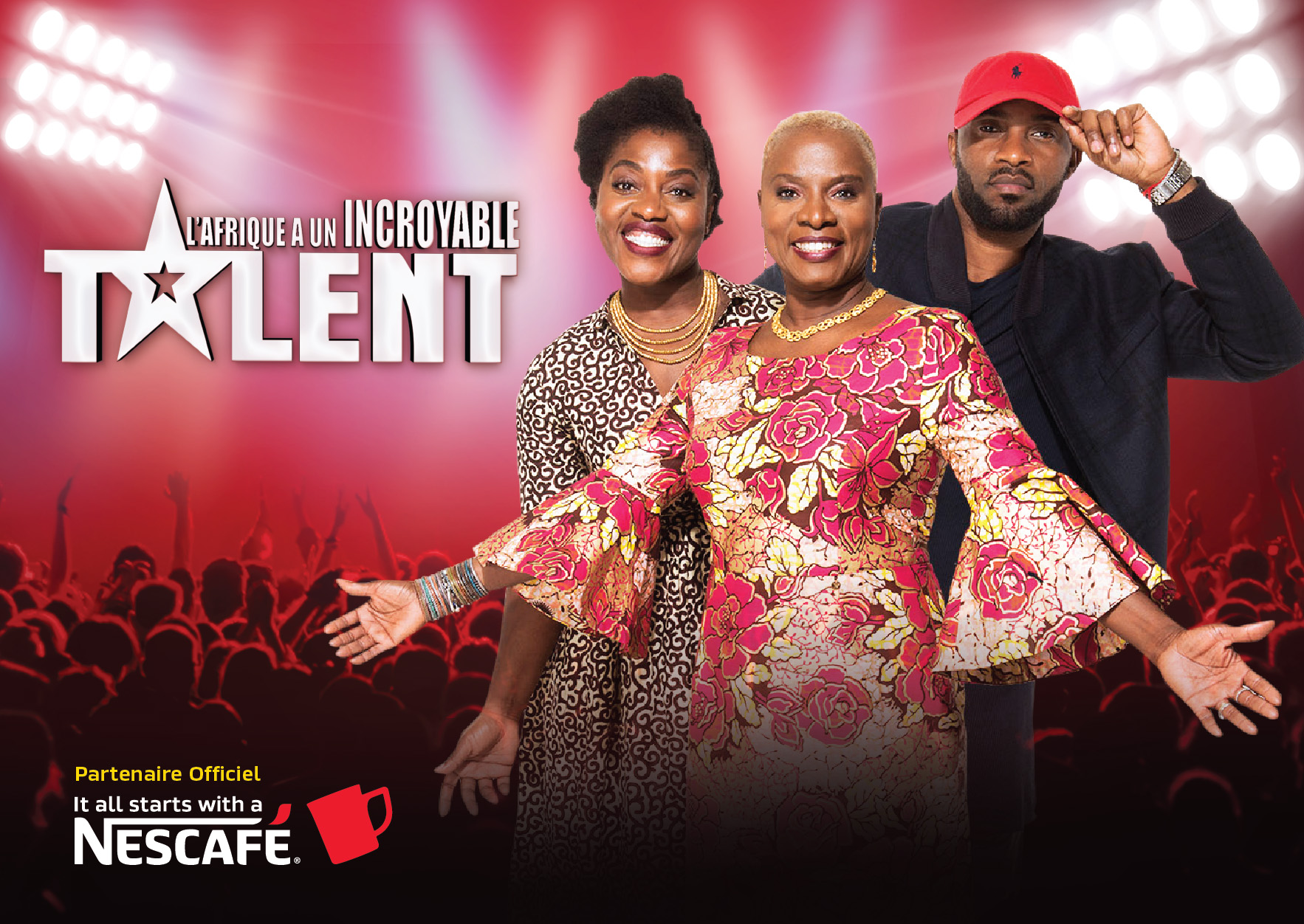 More than 5,000 young people from Central and West Africa showcased their talent for a chance to win a place on the new upcoming television show, Africa’s Got Talent.

Earlier this year, Nestlé coffee brand Nescafé partnered with television production company Periscoop, which has the rights to produce and broadcast the African edition of the popular global television programme Got Talent – currently broadcasted in 64 countries with over 490 million viewers worldwide.

All kinds of performers such as singers, dancers and comedians of all ages were encouraged to apply on the Africa’s Got Talent website to audition in selected city venues. A Nescafé-branded truck also visited cities in Côte d’Ivoire, Burkina Faso, Mali, Senegal and Cameroon between May and August to inspire performers to participate.

Out of the 5,000 people who auditioned, a total of 400 candidates will now be selected to take part in the next stage of the competition to perform live in front of a studio audience and celebrity jury from across the region, with an aim to reach a place in the semi-finals. The auditions will be broadcasted over nine 90-minute episodes later this year.

The last 12 finalists will then perform during the ultimate 90-minute show for a chance to be chosen by the jury, which will include singer-songwriter and Grammy Awards winner Angélique Kidjo, singer-songwriter and producer Fally Ipupa and TV personality and actress Claudia Tagbo, to become the first Africa’s Got Talent winner and win the grand prize of FCFA 10 million.

As part of the competition, the public will also have an opportunity to select a second Africa’s Got Talent winner, the Nescafé winner to be offered FCFA 3 million by voting online, sponsored and led by Nescafé.

“We believe in people’s dreams and think that everybody deserves to express their talent and get started,” said Mauricio Alarcon, Country Manager for Nestlé Atlantic Cluster. “Nescafé’s partnership with Periscoop and Africa’s Got Talent is part of our brand’s ongoing commitment to empower and inspire Africans from all over the region, especially young people, whether they are showcasing their talent or taking part by watching the show. This is their moment!”

The ten episodes will be aired during the Friday evening prime time slot at 8.30pm from mid October to December 2016. Each episode will be broadcasted on six main television channels in French speaking countries in Central and West Africa.

Africa’s Got Talent is part of Nescafé’s goal to find, encourage and support African talents and to help them express themselves and get started their own project. The brand also recently announced the winner of its Nescafé Get Started challenge, which aims to encourage and inspire young African entrepreneurs to build a better society through innovation.