Skip to main content
Nestlé Cameroon has taken a significant move towards improving the incidence of iron and iodine deficiencies in that country, with the launch of its Iron fortified MAGGI bouillons.

An issue of national concern, any attempt at resolving it was bound to receive wide public support, and it was no wonder that the launch attracted scores of state officials and consumer groups, including the Minister of Trade Minister, Luc Magloire Mbarga Atangana. 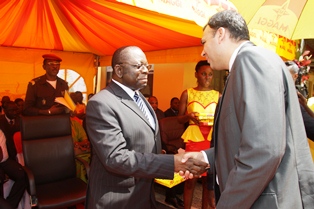 The Trade Minister described the launch as a “good initiative” that goes beyond launching of a new product as it takes into account national public health considerations, especially addressing the nutritional needs of consumers.

“The satisfaction of government today is that Nestlé Cameroon came with the fortification of its MAGGI bouillons with essential micronutrients such as Iron. This initiative is appreciated by Cameroonian families as it will surely bring an answer to micronutrient deficiencies in the country”, he added.

Fortification as a Crucial Social Intervention:

Country Manager of Nestlé Cameroon, Bruno Olierhoek, said as the world’s leader in Nutrition, Health and Wellness, it was incumbent on Nestlé to help improve the quality of life of its consumers such meeting recurrent deficiencies linked to Iron, Iodine, Zinc and vitamin A to reduce their negative impacts on the people.

“Nestlé has always been convinced that its prosperity is closely linked up to that of the communities in which it operates ensuring in the long term healthy populations, healthy economy and good performance”. 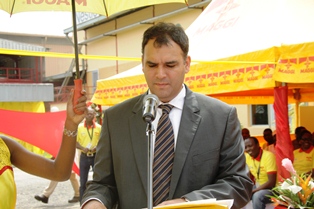 Living up to our NHW Commitments:

Iron deficiency is a major health issue in many African countries such as Cameroon, affecting mostly women and children, leading to fatalities in some instances.

By launching a product that contains Iron micronutrients, Nestlé is living up to its commitment as the leader in Nutrition, Health and Wellness in Central and West Africa and elsewhere in the world.

Prior to the launch, there were a number of programmes across the country to introduce the new product to the people. This included symposia at Yaoundé and Douala, a music festival, street activation, commando in 6 key open markets, a cookery event with women's associations, as well as cooking show at the Douala international University. 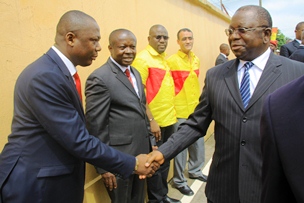 Testimony of a Mamie:

According to Stephanie Fohdjia, a Mamie at New Deido Market, "MAGGI star, with the fortification of Iron and Iodine, has an additional particularity as it will help treat iron deficiency in pregnant women and children”.

“Women really like the new MAGGI, and are demanding for more in the market. The feast was good, and we really commend Nestlé for the new product, especially for the fact that it remains cheap inspite of the fact that it is fortified with iron. The pack is only 850 FCFA, and one MAGGI Cube brings in a good amount of iron for the body."