MAGGI enables you to provide the goodness of homemade food, which makes you feel essential to the health and happiness of those you prepare meals for every day, including yourself.

For that, MAGGI has developed a set of products and services designed according to homemade food quality and based on:

1889:Introduction of MAGGI seasoning in Europe

1908:Invention of MAGGI cube in Europe

1959:Launching of MAGGI in Africa (Liberia)

Maggi in CWAR– Maggi is a heritage brand which has been in Africa since the 1950’s and it’s recognized with a trademark of the MAGGI Star. The Maggi Logo is characterized by the red and yellow colors and is available in pressed tablet, powder and liquid formats. CWAR is the largest MAGGI cube producing market in Nestlé and sells over 100million cubes in the Central West Africa Region daily.

Below are a list of Maggi products found in Central and West Africa Region: 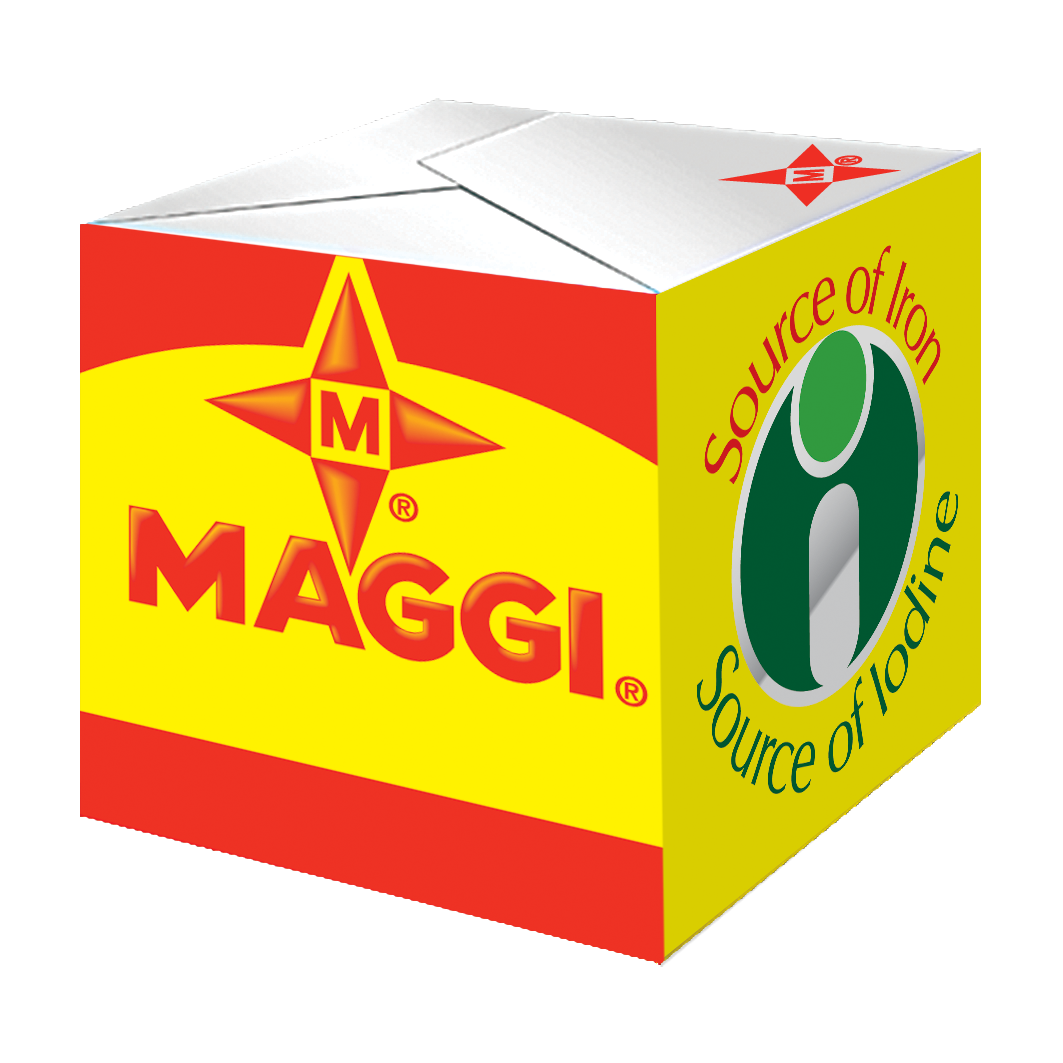 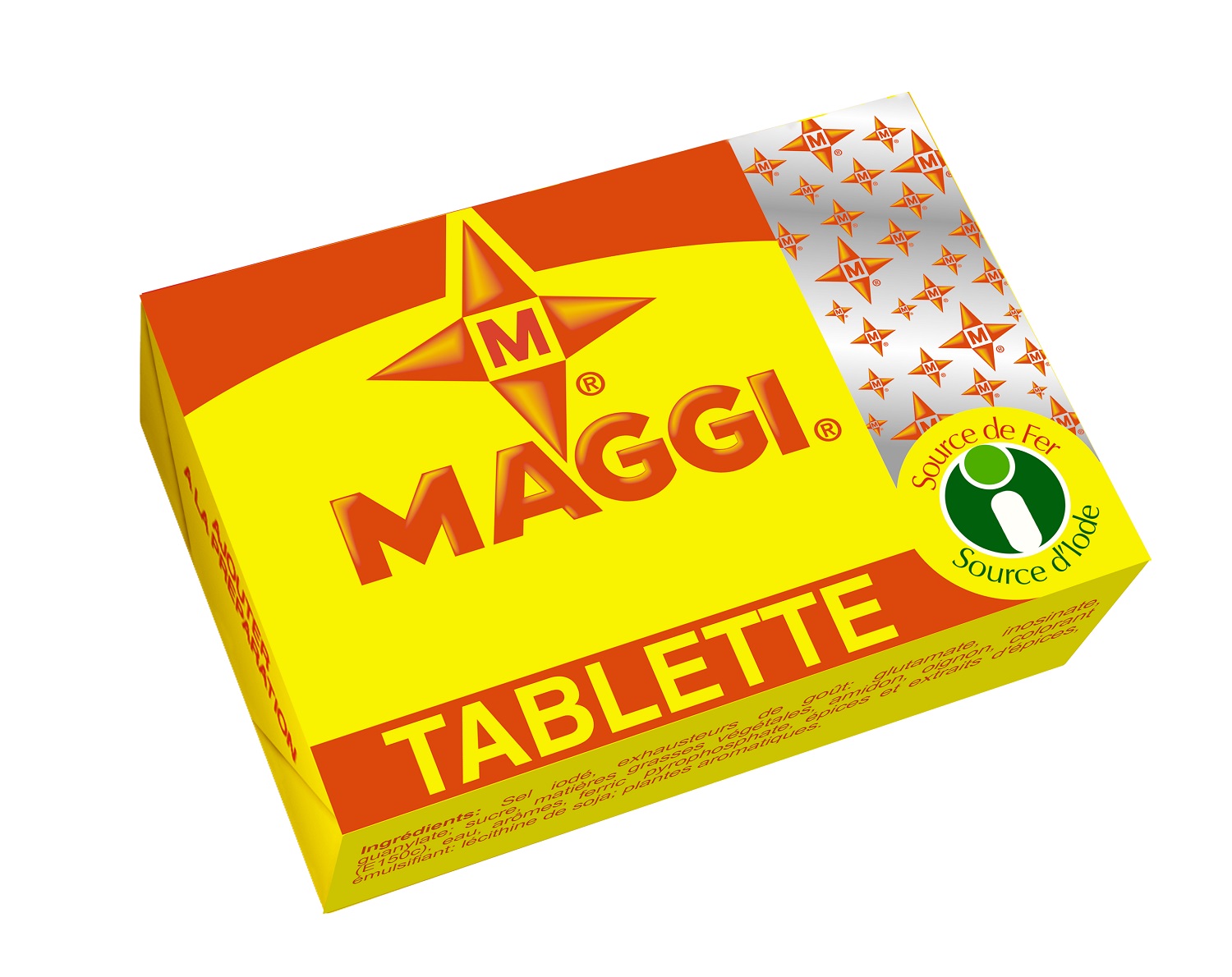 Sizes: Maggi Tablette 10g tablets (60 units of10g tablets per tray), Maggi Cube 4g (100 units of 4g cubes in a Sachet). Bulk of 2,500 and other smaller formats are also available in some countries. 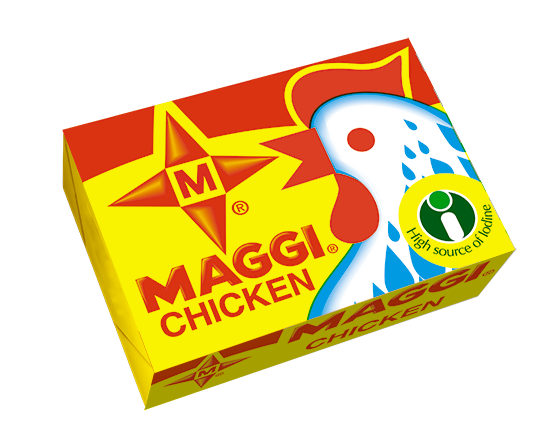 Maggi Poulet/ Chicken are made from carefully selected ingredient like Iodised Salt, Starch, Sugar, Chicken Favour, Onion, Spices and in some variants Parsley. 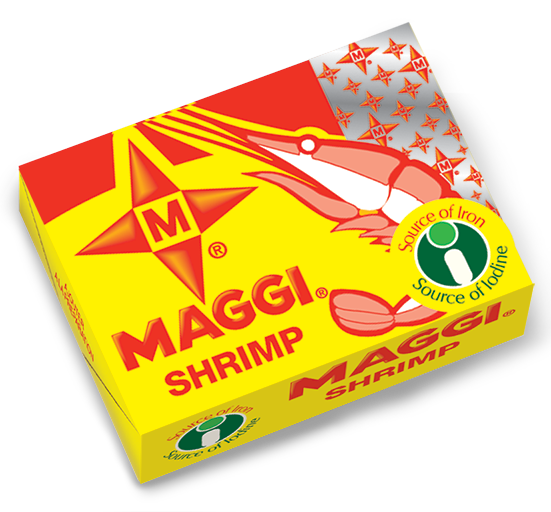 Maggi Nokoss: This is made with ingredients like iodised Salt, Starch, Sugar,Monosodium Glutamate (MSG), Onion, and Spice. Maggi Nokoss is fortified with Iodine and it’s adopted to the local taste of Senegalese’. 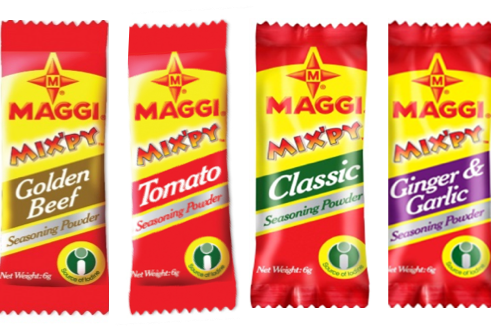 Maggi Mix’py (Golden beef,Tomato, Classic, and Garlic & Ginger): This is our powder format made from a rich blend of seasonings to give a rich aroma and taste to your dishes.

Maggi Arôme: A highly concentrated signature flavour produced from natural yeast fermentation with no additives, preservatives, artificial colours and flavours.Arôme can be used as a marinade before cooking, as a sauce during cooking and even asa flavouring for dips

Maggi ketchup:This is made from tomatoes, vinegar, assorted seasonings and spices and can be served with hot dishes such as fries, fried meat etc. or mixed with other sauces to make dips.

Note: We have other variants and categories adapted to the local taste of other countries in CWAR, like Maggi Golden Beef, Maggi Safsafal, Maggi Onion and Maggi Arome Tablet, Maggi Mousline and others in the pipeline.

Across the region, we have led a number of Maggi activities to promote healthy and nutritious diets. Through cooking education activities, we are providing recipes, menu ideas and practical tips to help people to cook tasty and balanced meals for the entire family. We continue to introduce more activities to improve communication and the bond between MAGGI, our Mammies and target consumers (Nene)and to stress on the importance of the Iron and Iodine contain in MAGGI with the proper use of Salt in a everyday meals. For the Tablettes and the Cubes, we recommend 2 tablets (or 5 cubes) in cooking a dish for 6 people and there is no need to add more salt.

Click here to read more about the history of Maggi

For questions or further enquiries, visit our Maggi FAQ’s page by clicking here