Skip to main content
If coffee has a birthplace, this is it. The high Boma Plateau rises sharply towards South Sudan’s eastern border before spilling over into neighbouring Ethiopia. Known as ‘the cradle of coffee’, it is one of the only places in the world where the bean can be found growing in the wild.

The coffee plant is deeply rooted in this area’s history but the recent, violent past has seen production brought to a virtual standstill. The industry was all but destroyed during the war that preceded the country’s independence from Sudan in 2011.

With the birth of the new nation, the seeds of a tentative recovery were sown. But within a few years the fighting resumed.

And yet, against all the odds, with the determination of some truly remarkable South Sudanese farmers, coffee is beginning to make a comeback.

From the ground up

During the window of peace that followed independence, Nespresso began working in South Sudan to revive high-quality coffee production with the help of the non-profit organisation TechnoServe.

The first coffee cooperatives were established in South Sudan’s Yei region and several wet mills were built. These processing plants turn the harvested fruit into coffee beans ready for export. The wet mills play a key role in improving the quality of the final product.

They also bring direct benefits to the farmers.

"It has given me, as a woman, less work – especially hulling. I was using a grinding stone or a mortar; but now, we’re using the wet mill for processing," says Hellena Atiku, a farmer with the Inutu Cooperative.

All this work soon bore fruit. ‘Suluja ti South Sudan’ translates as ‘Beginning of South Sudan’ in the local Kakwa dialect. It was also the name of Nespresso’s small batch coffee, the first crop ever to be exported from South Sudan in 2015.

With the country almost completely reliant on oil for its foreign currency revenue, there is now hope that coffee could become its next most significant export. Around 300 farmers were initially involved in the coffee cooperatives; now that number has grown to 730. Since the programme began, 1,270 households have attended at least one of the training sessions that help them build vital agriculture skills and knowledge.

The project aims to increase the number of fully trained farmers to 8,000 by 2020. It’s a huge task given the ongoing conflict, but one everyone is deeply committed to achieving.

Although the conflict means that TechnoServe staff are no longer able to work in South Sudan, they are still supporting the farmers. A weekly radio broadcast helps with seasonal advice and provides follow-up training.

To help the coffee farmers to become professionals and to achieve substantially higher incomes and develop their livelihood is extremely satisfyingPaul Stewart, TechnoServe

"It’s been exciting to partner with rural communities and Nespresso to start the work of building a coffee industry that could provide a sustainable source of income for 50,000 families in the future," says Paul Stewart, Regional Director, Coffee Initiative at TechnoServe.

"South Sudan is extremely underdeveloped compared to its neighbours, so to be able to help the farmers really become professional coffee farmers and to achieve substantially higher incomes and develop their livelihood is extremely satisfying."

Nespresso’s work in South Sudan is part of The Positive Cup strategy to improve farmer welfare and drive sustainability in coffee sourcing and consumption.

Nespresso brand ambassador George Clooney has travelled to South Sudan many times to support efforts to end conflict in the country. He believes coffee is important for the country’s future.

"Coffee farms have a great history of building peaceful pockets in very volatile areas. We drank our first cup this summer and it tasted just a little bit better knowing that it was from people who have worked so hard for normalcy and peace."

The United States Agency for International Development, USAID , has recently joined the Nespresso/TechnoServe partnership and is helping to expand the project.

It will now assist more farmers in areas where coffee farming is starting up. Just as in existing growing areas, coffee will provide much needed income and security for these farmers and their families. 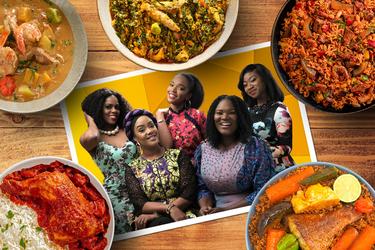 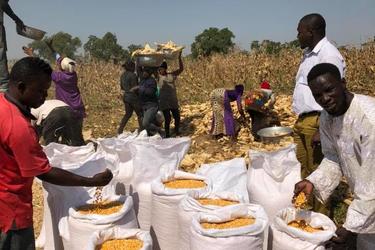 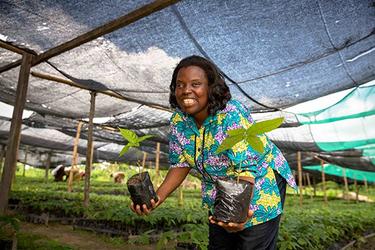 Rural livelihoods
To The Top